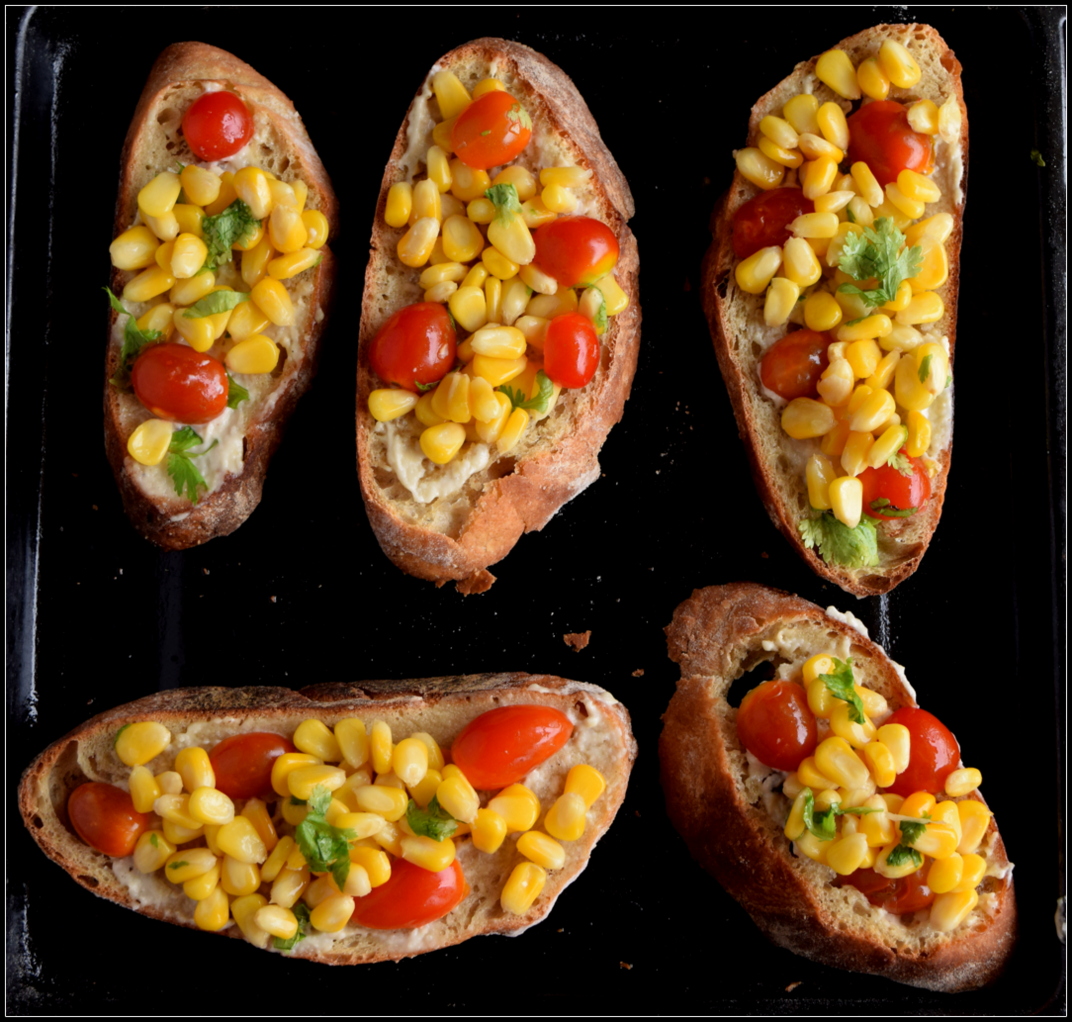 Ever since I started baking and reading about baking bread, I have fantasised about baking with bread flour. But t is not available in India and so that idea continued to stay in my fantasies. Though many people say that it doesn’t make much of a difference, I wanted to try it out once. Whenever any friend or relative would travel from the West and ask me what I want, my answer was invariably bread flour and rye flour. The response was mostly eye rolling, sighing and shaking heads in disappointment. Due to many reasons, I couldn’t be successful in this endeavour till one day the husband had to make a 2 day trip to Amsterdam.

He was not pleased because it took him more time to travel than he would spend there. But I was not going to give up on this chance. I pleaded, coerced and bullied (mostly bullied) him to promise me to get bread flour.  He finally did when he figured he couldn’t get away this time. When he returned I grabbed the suitcase from him and almost tore it open. His exasperation coupled with jet lag was a sight to behold. He also got me some amazing waffle strudel which was one of the most delicious things I tasted. So extra brownie points for that! 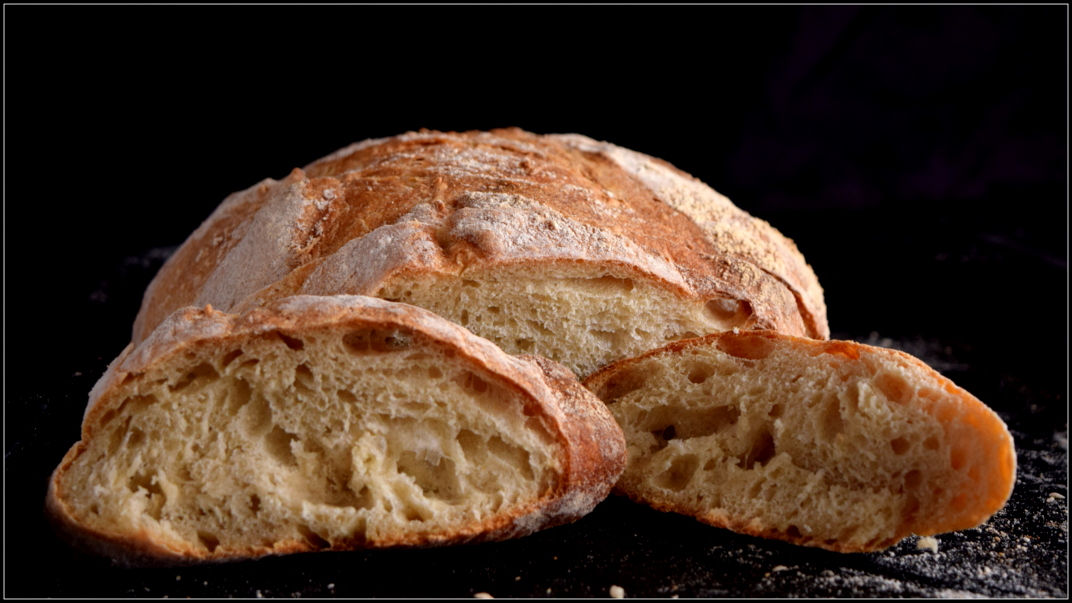 Finally I decided to bake a Boule with it for the Bread Bakers International Breads theme. You have to see the bread flour expanding to fill the bowl. It is so airy and light and has such a beautiful crust and crumb. I am in love and waiting for the husband’s next trip to Europe. Fingers crossed.

So I made some delicious and simple cashew cheese to go along with it. Then I figured I could make a crostini with corn and the cheese and translate that to a protein rich dish. Since I have used bread flour, that is also high in protein which is the icing on the cake. You can try this with any other bread like a baguette or even regular sliced bread. But a homemade bread does give an awesome flavour to it. This is a quick recipe for a breakfast or snack and can be made with whatever veggies no toppings you have on hand. I have used cashew cheese, the recipe for which will be posted next week. But you can use goat cheese or paneer or any other spread like hummus or baba ghanoush. It is all completely left to your imagination.

Salt
WHAT TO DO 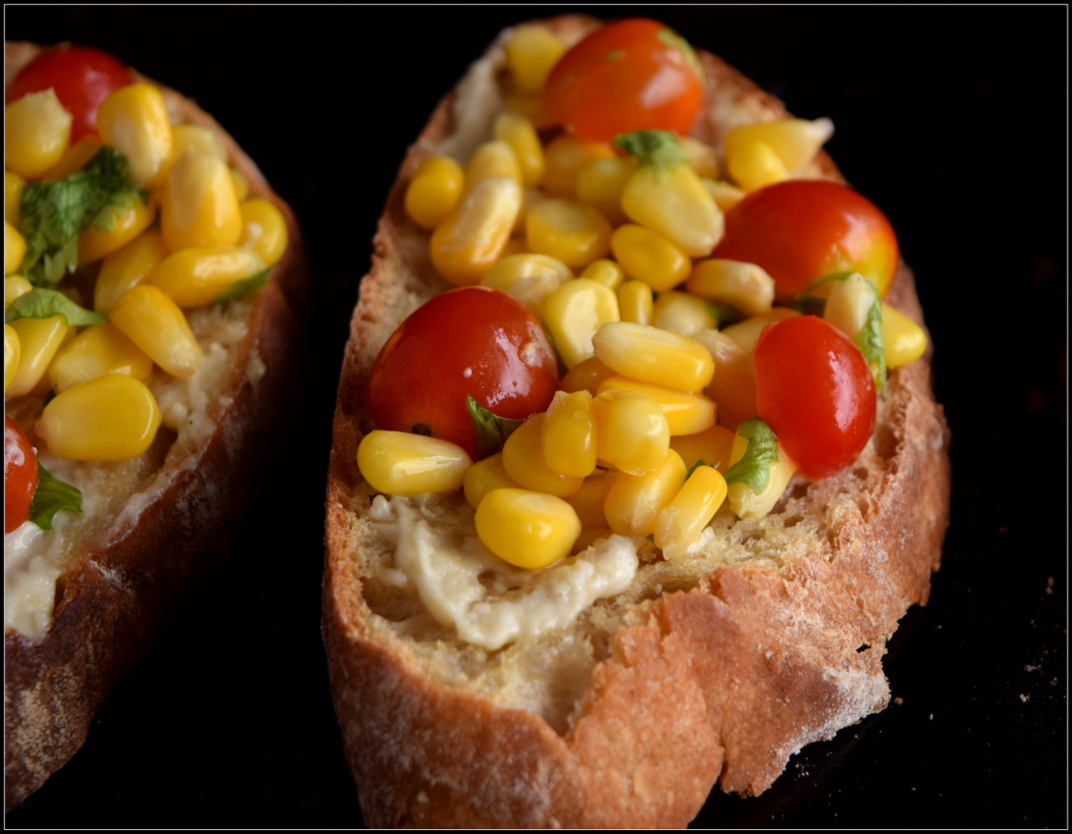 This is my post for the Mega Marathon under the theme, ‘Protein Rich Dishes’.